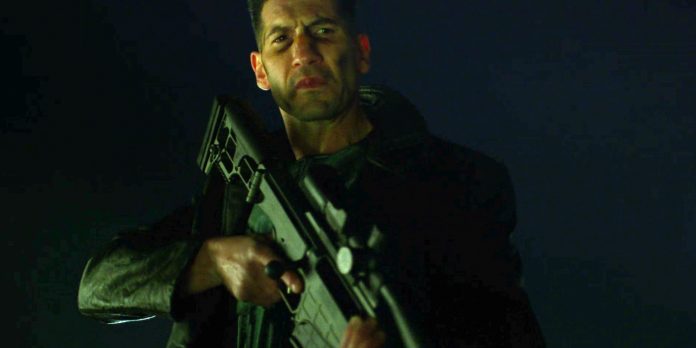 Jon Bernthal’s Frank Castle made his debut in “Daredevil” season 2 earlier this year, and audiences quickly fell in love with his portrayal of the character.

It was confirmed a few months ago that The Punisher would be getting his own series on Netflix and filming is now underway.

So far Marvel has done a pretty good job when it comes to connecting their Netflix shows. Rosario Dawson has appeared in all three that have been released so far, and Mike Colter has appeared as Luke Cage in both “Jessica Jones” and his own series.

It looks like that trend is going to continue with “The Punisher” because Deborah Ann Woll, who fans know as Karen Page from “Daredevil” has been spotted on the set.

Karen Page and Frank Castle had an interesting relationship during the second season of “Daredevil” and Karen seemed to be the only person that could get through to Frank. New photos from the set show Karen and Frank having a heart to heart on a park bench.

New photos from the set of The Punisher | Deborah Ann Woll as Karen Page returning. pic.twitter.com/kO6aqUCyFm

“The Punisher” is expected to be released on Netflix in 2017.