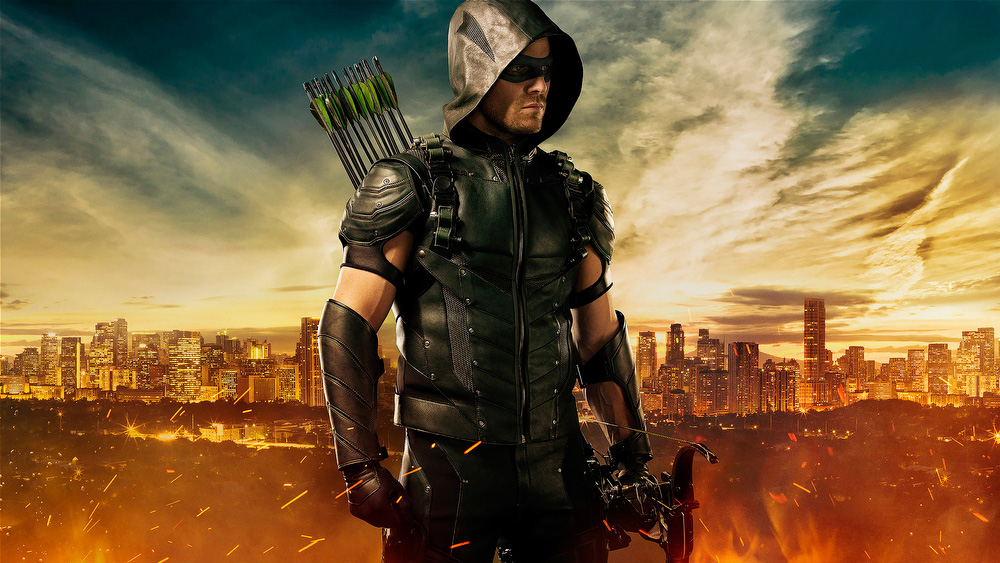 WWE’s Stardust just won’t stop taunting Stephen Amell. Last night on Raw he tore up a Green Arrow comic and something tells us that’s just not going to sit well with Amell. Shortly after Raw Stephen shared video of Stardust tearing the comic up on his Facebook page with the quote “The time for talk is almost over.”

It’s rumored right now that Stephen Amell will be appearing on the August 10th episode of Monday Night Raw which takes place from Everett, Washington which is close to where “Arrow” is filmed in Vancouver, BC. He will likely be setting up something for SummerSlam as he was scheduled to appear at a Wizard World convention in Chicago during SummerSlam weekend but his signing on that Sunday has been canceled.

It’s being speculated that Stephen Amell might be teaming up with WWE’s Neville to take on The Miz and Stardust in a match.