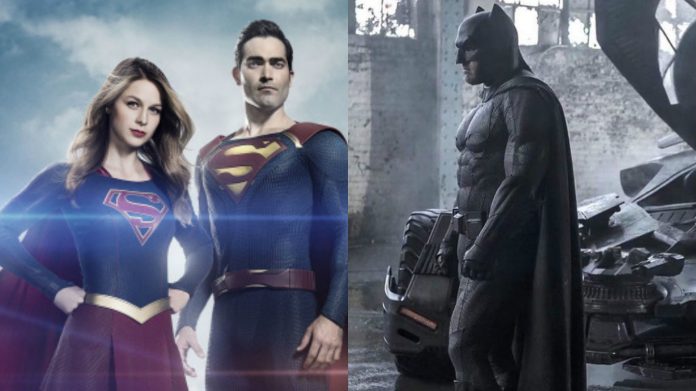 “Supergirl” season 2 is set to premiere on the CW next week and Superman will be joining the show for the first two episodes of the season.

The CW has been hyping up Superman’s arrival, and they recently released a promo video featuring the Man of Steel in action. One of the most interesting things about the video is that one of the characters name dropped Gotham City.

Gotham is of course home to Batman, a character who has yet to make an appearance on any of the CW shows.

So does the Gotham reference mean that we’ll be getting a Batman cameo in the future? It doesn’t sound like it’s going to happen anytime soon.

Producer Ali Adler recently spoke to TV Line and noted that right now the focus is on the upcoming four-part crossover.

“I feel like we have our hands full with the crossover we’re shooting right now,” Adler said referring to the four-part crossover with Supergirl, Flash, Arrow and Legends. “I think people will be satisfied with how much crossover they’re getting this season.”

Once again, it doesn’t sound like we’ll be seeing Batman anytime soon, but keep in mind that you can never say never when it comes to these shows. Many people assumed that we would never see Superman on “Supergirl” and now we’re only a few days away from Tyler Hoechlin’s debut as the Man of Steel.