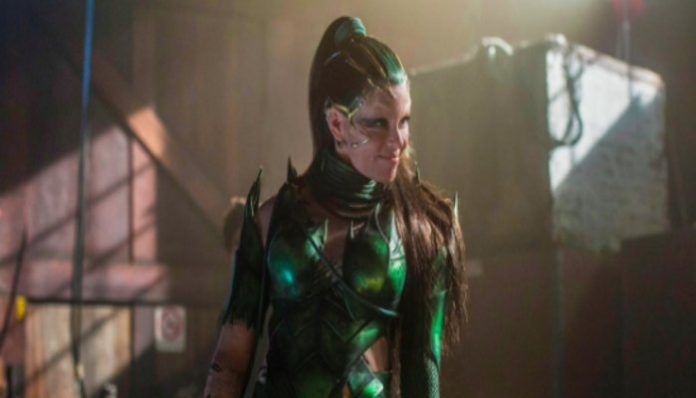 Rita Repulsa has completely taken over the Power Rangers Twitter account and she’s announced that she has catastrophic plans for the holiday season. What those catastrophic plans entail remains to be seen, but Rita has also shared a new photo of herself, and she is once again wielding her staff in the new photo.

Thought you saw the last of me!? Ignoramus, you thought wrong. I have glorious catastrophic plans for the holiday season. #RepulsaTakesOver pic.twitter.com/yCpFW4wcSv

Rita’s staff has sparked a lot of conversation about what fans can expect in regards to a possible Green Ranger appearance in the film, as the glowing green item at the top of her staff appears to be the Green Ranger power coin.

In the first trailer for the film, Rita Repulsa was quoted as saying, “I’ve killed Rangers before.” So, there’s certainly reason to believe that she may have taken out the last person to hold the coin, and then claimed it for herself.

Related: Here’s The First Look At The New Alpha-5 From The Power Rangers Reboot

Whatever the case may be, we’ll get answers when “Power Rangers” hits theaters on March 24, 2017.