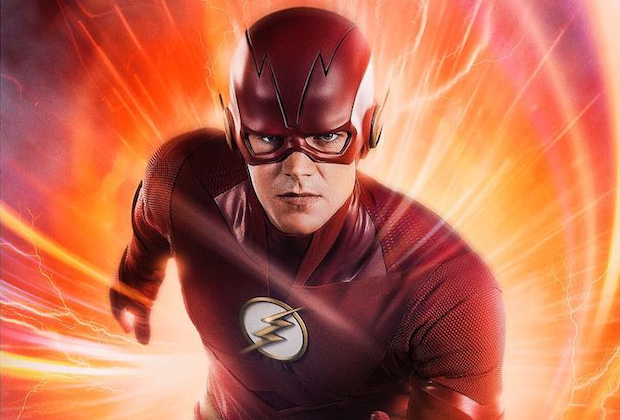 “The Flash” will be returning for season 5 in October, and when season 5 arrives, Barry Allen will be getting a new suit.

Photos of an unfinished version of the suit surfaced online a few weeks ago, and they caused quite a bit of controversy.

Grant Gustin and the CW responded to the controversy by releasing the first official look at the suit, and at this point it’s only a matter of time before we see it in action.

The cast and crew have been hard at work filming content for the new season, and it looks like we’re going to be seeing Barry Allen team up with his daughter Nora quite a bit.

Some more photos from the set have surfaced online, and they show a look at the new suit from a few different angles, as well as a picture of what appears to be Barry and Nora.

Do you like the new suit? Sound off in the comments below.