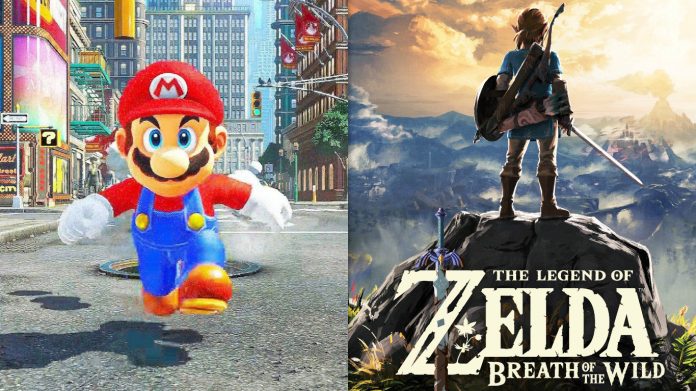 In 2016 Nintendo officially announced the Nintendo Switch, and they captured people’s attention right away with an intriguing trailer that showed game enthusiasts what they can expect from the console. The trailer revealed that the Nintendo Switch is set to be released in March, and now it’s been confirmed that the official release date will be March 3. Not only did the company confirm the release date, but they also gave fans a look at what they will be getting when they purchase the Switch.

#NintendoSwitch arrives on March 3. Here’s what’s in the box. pic.twitter.com/ZGiz0y5QKd

The Nintendo Switch is set to cost $299 for a 32GB console, and it will be available with the color scheme seen above, or with one red and one blue controller.

Nintendo also revealed a more detailed look at the Joy-Con controllers that gamers will be using wile playing the Nintendo Switch.

Take a closer look at the features of each Joy-Con controller. #NintendoSwitch pic.twitter.com/JuHBvoWRXI

One of the things fans have been waiting for is a chance to get their hands on “Legend of Zelda: Breath of the Wild” and it’s now been revealed that the game will be available on March 3, as soon as the Nintendo Switch launches.

The Legend of #Zelda: Breath of the Wild comes to #NintendoSwitch on 3/3! pic.twitter.com/bXL540cxC5

“Just Dance 2017,” “1-2-Switch,” and Skylanders Imaginators” will also be available when the console launches.

Nintendo has also confirmed that over 80 titles for the Switch are in active development, including “Xenoblade Chronicles 2” and “Super Mario Odyssey.” The newest Super Mario game is expected to be released during the holiday season in 2017, and Nintendo is describing the game as a “sandbox-style journey.”

Nintendo will also be making some changes to their online service, as gamers will now have to pay to play multiplayer online similar to online services for Xbox One and Playstation 4. The subscription will come with a free monthly game download, and an app will also be released along with the subscription, and the app will allow players to chat with friends and invite them to play games.

It looks like Nintendo fans have a lot to be excited about in 2017.