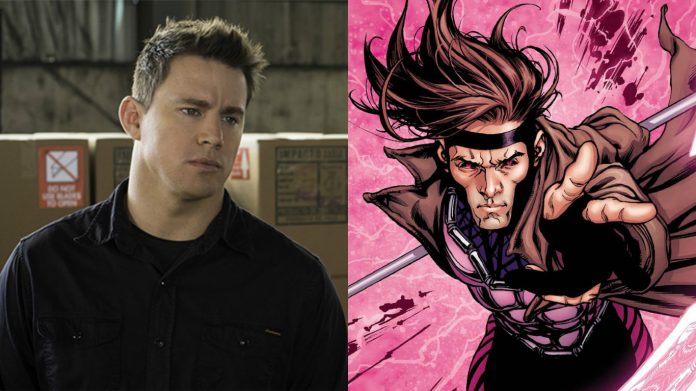 A few years ago Fox announced that they were moving forward with a Gambit film starring Channing Tatum, but production for the movie has yet to get off the ground. With all the chaos surrounding the film’s false starts, it was rumored at one point that Channing Tatum was considering leaving the project altogether. Although updates on the Gambit film have been few and far between, producer Lauren Shuler Donner noted that Channing Tatum is still attached to the film according to Jarett Wieselman of Buzzfeed.

So far “Gambit” has lost two directors as Rupert Wyatt first agreed to direct the film and then later announced that he had stepped down from his duties as director. Following Rupert Wyatt’s departure, “The Bourne Identity” director Doug Liman signed on to direct the film, but he ended up exiting the project as well. Doug Liman has since signed on to direct DC’s “Justice League Dark.” So far FOX has yet to make any announcements regarding a new director.

Original plans called for “Gambit” to be released on October 7, 2016, but obviously that didn’t happen.

It was reported in the summer of 2015 that Lea Seydoux had agreed to play Belladonna in the film, but whether or not she’s still attached to the project is unclear at this time.

It seems that “Gambit” is still a passion project for Channing Tatum, but at the rate this film is going, Deadpool is going to have 8 films of his own before Gambit even gets one.