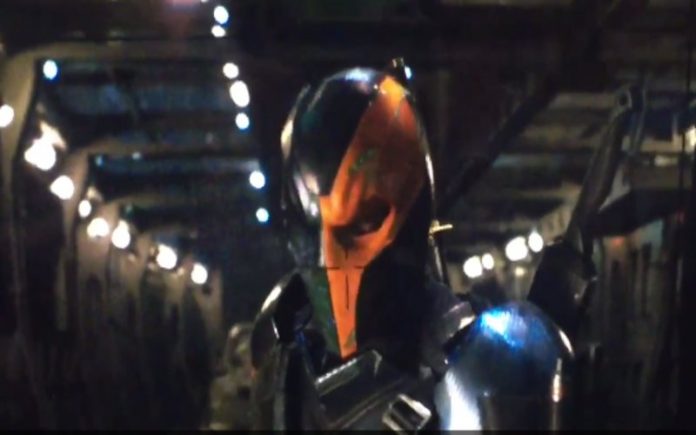 Ben Affleck is hard at work doing his Batman thing on the “Justice League” set, and today he shared a video that will definitely get people talking.

The video features a 27 second clip that shows off footage of Deathstroke. The clip shows a man in full Deathstroke gear walking toward the camera, and then it focuses on his eye, but it’s hard to tell who is under the mask.

Deathstroke is a fan favorite and everyone knew that he would be appearing in the DCEU sooner or later, but so far DC haven’t made any official casting announcements in regards to who will be playing Slade Wilson.

The clip that Affleck shared doesn’t give much away, other than the fact that it looks like Deathstroke is joining the DCEU, but it’s an exciting clip nonetheless and you can check it out below.

Affleck is currently filming “Justice League” so given the timing of this reveal it looks like we could be seeing Deathstroke make an appearance in the film.

It’s also being reported that Deathstroke will be the main villain in Ben Affleck’s Batman movie. You can get more on that here.