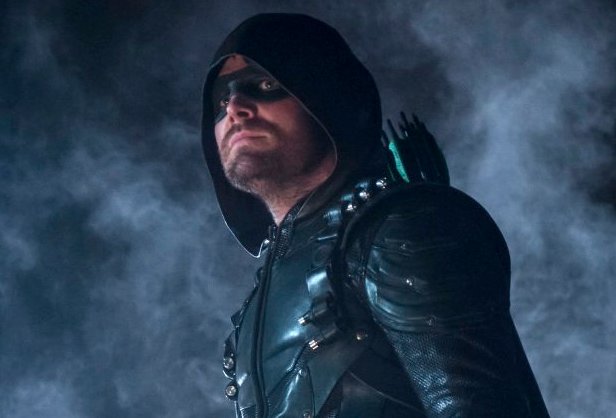 The “Arrow” season 6 finale ended with a massive cliffhanger as Oliver Queen revealed his secret identity to the world, and told his team to carry on as he was locked away in a maximum security prison.

Unfortunately for Oliver, he’ll still be in prison when the show returns for season 7 in the fall, and it doesn’t sound like his stay is going to be pleasant.

The CW has released a new synopsis for season 7, and it teases that Oliver will be have to deal with many of the criminals he faced as the Green Arrow, and a mysterious new villain who will challenge him.

“There has been no shortage of close calls for Oliver Queen when it comes to protecting his Super Hero identity, but in the season six finale, he was finally backed into a corner and forced to reveal himself to the world as the Green Arrow. Now, Oliver will come face-to-face with many of the criminals he placed behind bars, as he makes a new home for himself at Slabside Maximum Security Prison. Oliver will find himself vulnerable in a way unlike ever before when a mysterious new enemy begins to unravel his work as Green Arrow, challenging him to redeem his name or risk losing everything.”

“Arrow” will return for season 7 on Monday, October 15.