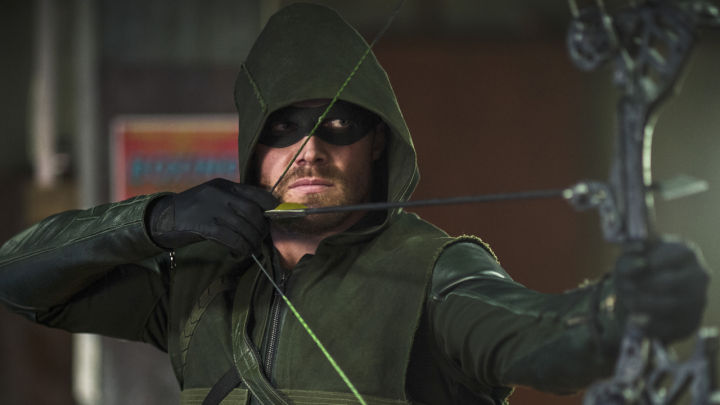 The executive producer for “Arrow” Marc Guggenheim recently spoke to Entertainment Weekly about the final for season 3 and revealed that someone will bite the dust.

“There will be one death in the finale. It will definitely stick.” Guggenheim said.

Who will it be? If we had to take a wild guess we’d say Malcolm Merlyn as he’s escaped death way too many times and his luck has to run out sooner or later. Once again though, that’s just a guess.

Marc also said that tonight’s finale will set up the next season’s big bad, Damien Darhk.

“There’s definitely more coming. I don’t want to spoil too much about what happens with Damien Darhk. We’ve never teed up the big bad of the following year in a season finale the way we do in this episode.”

With Starling City believing that the Arrow is dead many fans have been left wondering what’s next for Oliver and Team Arrow after the conflict with Ra’s Al Ghul is resolved. Marc Guggenheim hints that we’re going to have to wait until season 4 to find out what the next step is for the group.

“That’s a really good question. That’s the thing that hopefully people are realizing by now, which is there is no more Arrow identity, there’s no more lair. In many ways, it feels like this is the end of the show. In fact, on a lot of levels, this episode could function as a series finale, and I think it has that feel to it by the end. With that said, we’re already hard at work on season 4, so I know that there is more going on. People ask me if this episode is a cliffhanger. It really depends on your definition of cliffhanger. If your definition is, “How can the show continue after this episode?” Then yes, this episode definitely ends on a cliffhanger.”

The “Arrow” season 3 finale “My Name Is Oliver Queen” airs tonight on the CW at 8 pm.