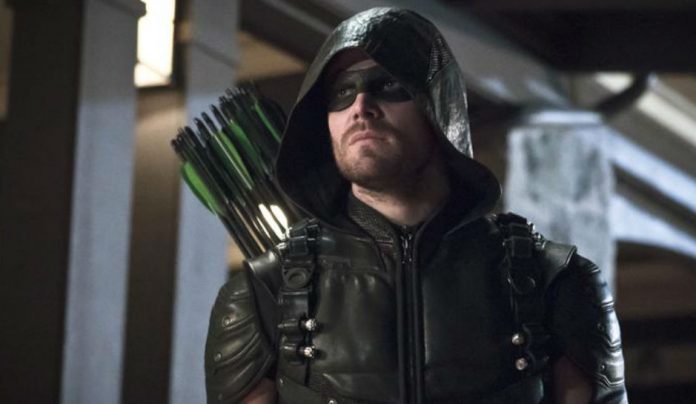 As we wait for “Arrow” to return in October, fans have a lot of questions ahead of the new season.

In the season 6 finale, Oliver Queen made a deal with FBI agent Samandra Watson which resulted in Mr. Queen revealing his secret identity to the entire world.

Oliver is now locked away in prison, and it doesn’t look like he’s going to be getting out any time soon because it was recently revealed that the title of the season 7 premiere will be titled “Inmate 4587.”

At this point it’s not known how many episodes Oliver will spend in prison, but Stephen Amell recently shot down a rumor claiming that he will be getting out after 3 episodes.

“Arrow” will return for season 7 in October.

“There has been no shortage of close calls for Oliver Queen when it comes to protecting his Super Hero identity, but in the season six finale, he was finally backed into a corner and forced to reveal himself to the world as the Green Arrow. Now, Oliver will come face-to-face with many of the criminals he placed behind bars, as he makes a new home for himself at Slabside Maximum Security Prison. Oliver will find himself vulnerable in a way unlike ever before when a mysterious new enemy begins to unravel his work as Green Arrow, challenging him to redeem his name or risk losing everything.”