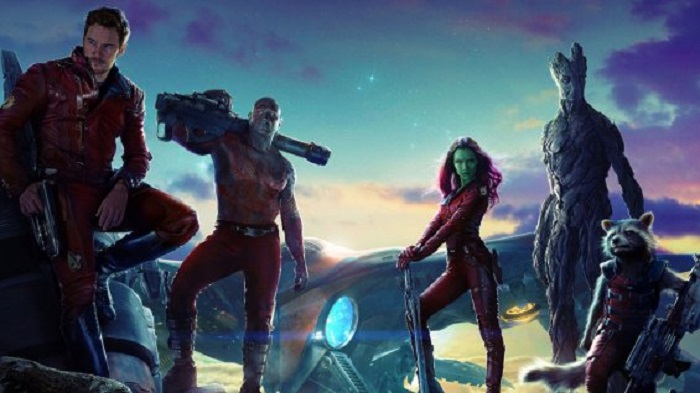 2014 is just about over and it’s safe to say that “Guardians of the Galaxy” was one of the year’s biggest movie. The film exceeded everyone’s expectations and added some more lovable characters to the Marvel cinematic universe.

Let’s take a look at 6 quick facts you might not know about “Guardians of the Galaxy.”

Since the release of “Guardians of the Galaxy” Groot has become one of the most beloved characters in the Marvel cinematic universe. Vin Diesel didn’t have to say many words in the movie but the words that he did say were repeated over and over again. According to Vin Diesel he recorded the words “I am Groot” over 1,000 times for the movie. Sometimes it takes 999 tries to get it right.

Bradley Cooper absolutely nailed the attitude of Rocket Raccoon and he got the inspiration from a legendary actor. Bradley said he used Joe Pesci’s character from the film “Goodfellas” as the inspiration for Rocket’s voice. Thank you Joe Pesci.

Now that the film has been released, it’s hard to picture anyone besides Chris Pratt as Star-Lord but Joseph Gordon Levitt was almost the leading man. Joseph even screen tested for the film but he turned the part down in order to be a part of “Sin City: A Dame To Kill For.” We hate the rub it in, but that was probably a bad move.

#3 – Olivia Wilde Turned Down The Part Of Gamora

Gamora is the type of role that seems like any female actor would be happy to play but apparently Olivia Wilde didn’t feel that way. She turned down the role for unknown reasons and Zoe Saldana stepped up to the plate and hit another home run with another successful sci-fi series.

#2 – The Soundtrack Was A Huge Success

Star-Lords “Awesome Mix Vol. 1” was a pretty integral part of the movie. The sound of the 70s was prevalent throughout the movie and people loved it. People loved it so much that the soundtrack actually got all the way to the number 1 spot on the Billboard charts. Not only did it reach the top spot but it also became the first soundtrack not featuring a new song to top the Billboard 200.

The little baby dancing Groot at the end of the movie was a great addition to the film and the moves were supplied by director James Gunn himself.

“I’m not motion-captured, but I’m motion-referenced and that is 100 percent me dancing,” James told Empire.

Good to know he’s always got a career ahead of him as a dancer if the directing thing doesn’t work out.